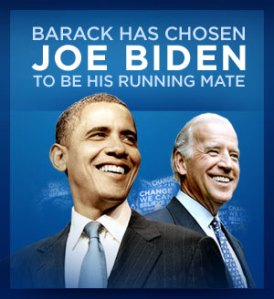 I’ve been dreading this, but it’s now official.  Senator Obama has announced Joe Biden as his running mate.

How exciting (not) to have a potential VP whose propensity for verbal diarrhea is second only to Howard Dean.  Woo-hoo!  Yet another reason not to watch the convention. . .

[added later:  Sigh. . . okay, if this is the way it’s going to be, I hope Joe follows this advice from the HuffPo]

8 thoughts on “Biden for Veep: so much for “change””